Richard is the President and CEO of Associated Catholic Cemeteries. In that capacity he also provides consultative support to the parishes with cemeteries throughout the Archdiocese of Seattle. While attending St. Thomas College Seminary Rich began work as a seasonal grounds worker at Calvary Cemetery in March 1976. He put himself through school over the next several years doing this seasonal work. In May 1981 Jerry Healy, then Director of Cemeteries, hired Rich as a full time grounds maintenance worker at Calvary. In October 1985 Joseph Sankovich, Director of Cemeteries at that time, promoted Peterson to Superintendent of Gethsemane Cemetery. In May 1991 Archbishop Raymond Hunthausen appointed him Director of Cemeteries. In his spare time Rich volunteers at his parish, St. Vincent de Paul, as a Master of Ceremonies, Lector as well as other parish volunteer activities. He enjoys camping, hiking, photography and reading history and fictional murder mysteries. Rich says that he is “grateful because it has been the assistance of others and the grace of God that have allowed him to assist the Church in the service of others. Some call it work. I call it a gift from God.” 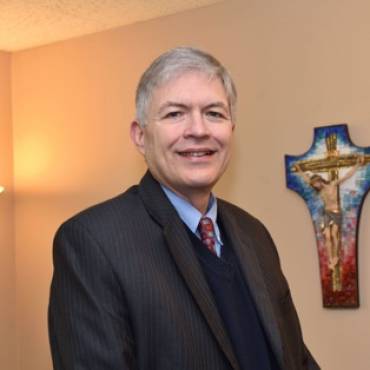